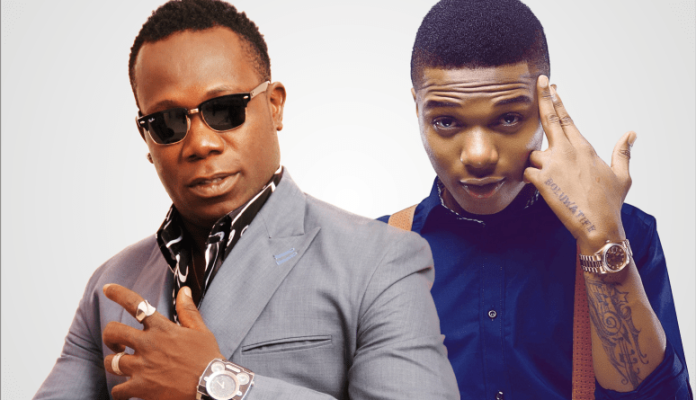 Port Harcourt first son, Duncan Mighty is currently trending on Twitter, as Nigerians are arguing about his hit feature with Wizkid.

Duncan is currently the rave of the moment following the success of the song, ‘Fake Love’ with Wizkid, and lots of people are saying the Starboy made him relevant again, but some are saying he has always been relevant without Wizkid.

Following the success of ‘Fake Love’, Duncan Mighty has become the hottest property on the scene with many drawn to his sound.

This has seen him record a number of collaborations with artists including Reekado Banks on Bio Bio, Masterkraft on ‘Low Waist’, Ceeza Milli’s ‘Sabi’, ‘Uju’ by B-Red, DJ Xclusive’s ‘Gimme Love’, Bracket’s ‘Chinelo’ and now, he is currently working on a song with Davido.

Do you think so? See what other Nigerians think… 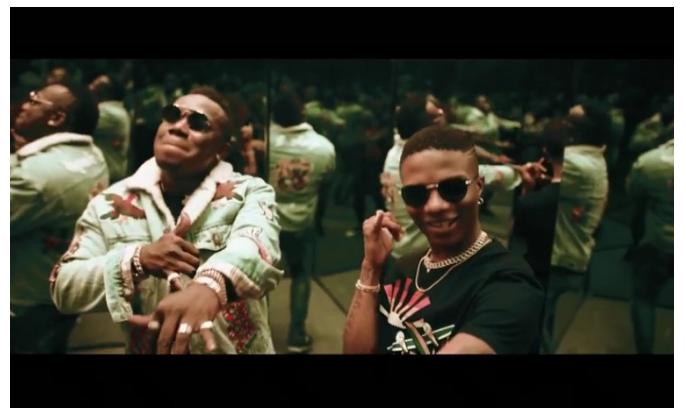 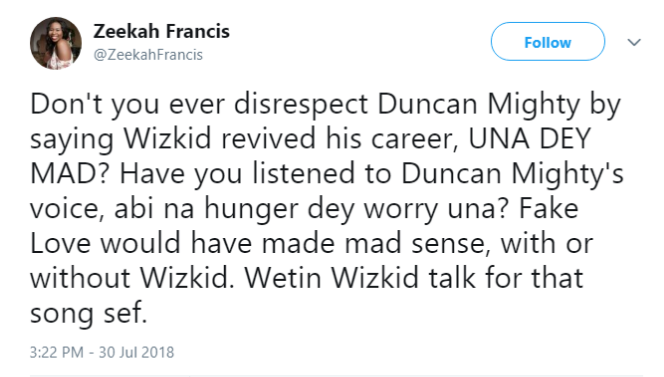 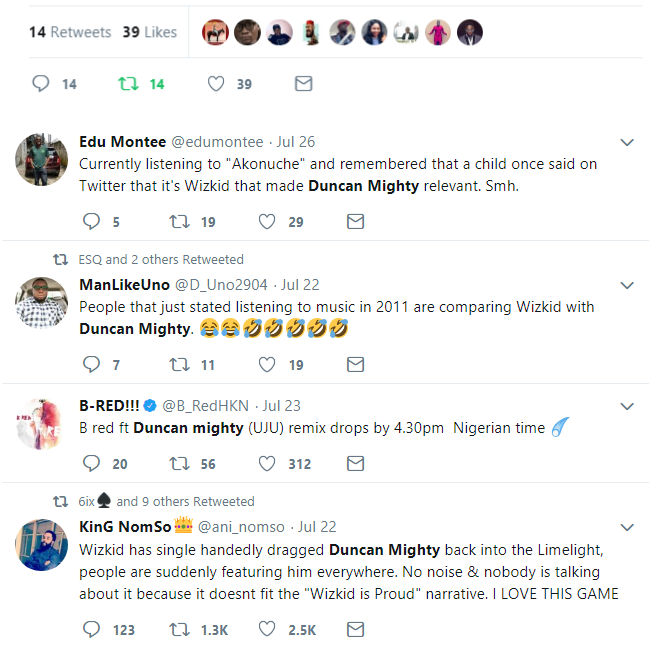 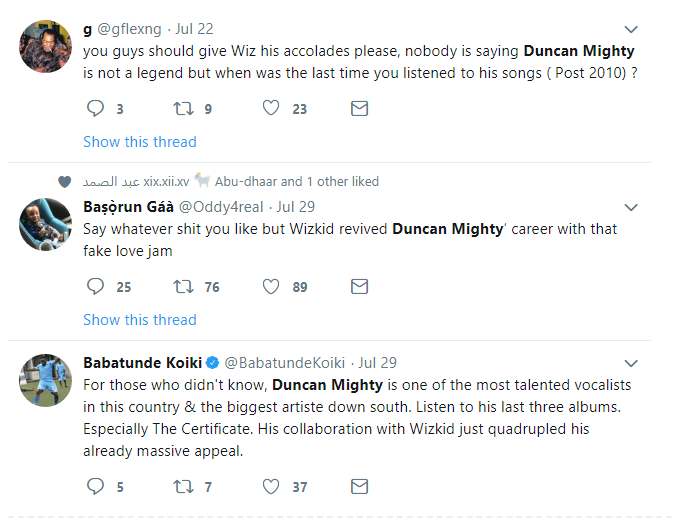 Battling against the spread of fake remedies