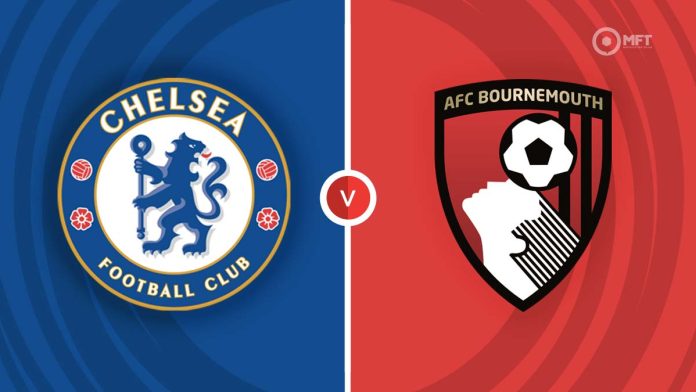 Struggling Chelsea are winless in five consecutive Premier League games going into their Stamford Bridge match against Bournemouth on Tuesday.

Bournemouth defeated Everton 3-0 at home in their last league match to snap a five-match winless streak, putting them in 14th place on 16 points.

The teams played out a 2-2 draw in their last Premier League meeting, a February 2020 match at Vitality Stadium. Marcos Alonso led the Blues with goals in the 33rd and 85th minute. Jefferson Lerma and Joshua King were on target for the Cherries.
Bournemouth have got the better of Chelsea of late, unbeaten in their last three Premier League matches (W2 D1 L0). Chelsea are looking for their first league win in games between the two sides since September 2018. The cherries have outscored the Blues 7-2 during their unbeaten streak.

Kai Havertz, Raheem Sterling, and Jorginho have made a difference in the final third for Chelsea this season. Havertz and Sterling are the team’s joint top scorers with three goals, followed by Jorginho with two.

At Stamford Bridge this season, Chelsea have three wins, two draws, and one loss in six Premier League contests. Bournemouth will seek to address a poor run of results away from home this season with two draws, four losses, and just one win in league away contests. The cherries are on a four-match away winless streak (W0 D2 L2). The last time they earned a win away was September 3 against Nottingham Forest.

How to Sell Event Tickets Online in Nigeria