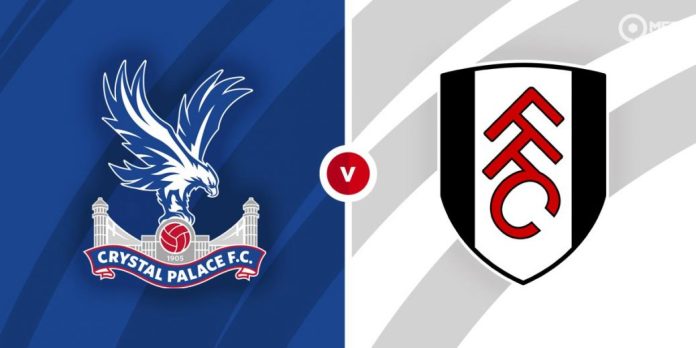 Wilfried Zaha admits Crystal Palace have not rested too much during the six-week break for the World Cup. With only two players on duty in Qatar, the rest of the squad jetted off to Turkey for a warm weather training camp, which the forward described as “hard work” as manager Patrick Vieira put them through two sessions a day as they prepared for their first ever Boxing Day showdown with Fulham.
The Eagles have also played four friendlies since their last competitive action, culminating in a 2-1 victory over Real Valladolid. They now return to the home comforts of Selhurst Park, where they have won three Premier League (PL) games in a row for the first time since the back end of the 2017/18 campaign, while 13 of their 19 points this season have been picked up on their own turf.
Palace will be confident of extending that record against Fulham, who they have beaten in three of their last five meetings (D2), scoring at least two goals on four occasions! The Cottagers also make the trip across London having failed to win any of their final three matches before the international break (D1, L2), a run that saw them drop to ninth in the table to sit level on points with their hosts, having played a game more.
It was a frustrating period for Marco Silva’s side, which included two last-gasp losses to the Manchester sides, but they shaped up for their return with a 1-1 draw in a recent friendly with West Ham United. The manager admits he “took many positives” from their first half performance in that recent game, and will now be hoping to have a full complement of players available after Aleksandar Mitrović, João Palhinha and Antonee Robinson, who all represented their countries at the World Cup, were afforded some extra rest.
Key battle: Zaha has scored in both of his previous two clashes with the Cottagers (W2) and is unbeaten in his last eight goalscoring appearances (W6, D2). Trying to stop him will be Fulham’s Bernd Leno, but the goalkeeper has only kept one clean sheet in six meetings with Palace, despite ending up on the losing side just once (W1, D4).
Hot stat: Thirteen of Fulham’s 15 PL games this season have contained at least three goals, the highest percentage in the division.
On this day: Boxing Day 1963 is famously remembered for the 66 goals scored across the ten top-flight games, among them Fulham’s 10-1 victory over Ipswich Town – their club record win!
Post Views: 90

XSTABLISHED – NO GO DULL AM