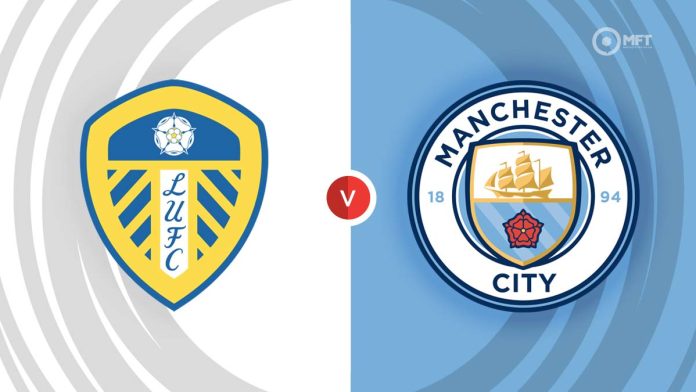 Two teams with contrasting Premier League form clash at Elland Road on Wednesday when Leeds United host Manchester City.
Manchester City’s last league match saw them beaten 2-1 by Brentford at Etihad Stadium to end a three-match winning streak, putting the visitors in second spot on 32 points through 14 matches. They are five points behind first-placed Arsenal.
Leeds United are in 15th place on 15 points through 14 matches. Leeds also lost their last Premier League match 4-3 at Tottenham Hotspur Stadium against Tottenham Hotspur.
When the two sides last met in Premier League action, Manchester City were victorious 4-0 at Elland Road last season. Rodri opened the scoring for City in the 13th minute. Nathan Aké, Gabriel Jesus, and Fernandinho also were on target.
Visitors Manchester City have been led by Erling Haaland, who has netted on 18 occasions. He leads the way at the top of the scoring charts in the league in 2022/2023.
Rodrigo has caught the eye for Leeds this season. He leads the club with nine goals, which is tied for the fourth highest among the league’s top scorers, four of which have been the crucial first of the match.
Hosts Leeds have three wins, two draws, and two losses this season in seven Premier League contests at Elland Road. Manchester City have three wins, two draws, and one loss away from home this season in league matches.
In their last six league matches, Leeds have won two and lost four. Manchester City, meanwhile, have won four and lost two in their last six.