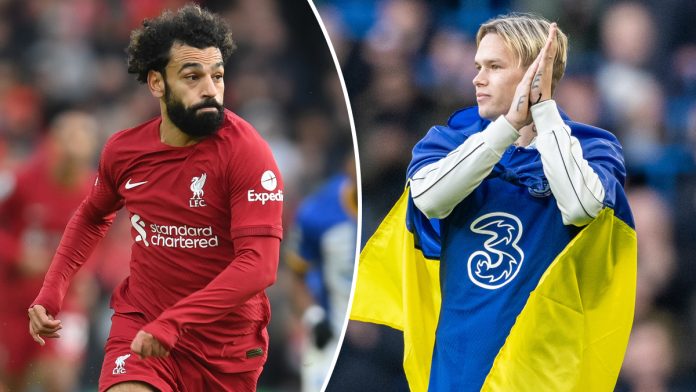 Liverpool are looking to maintain their impressive form in front of goal on Saturday at Anfield when they host a Chelsea side who have struggled to find the net this campaign.
Liverpool are in ninth place on 28 points, while Chelsea are level on points in 10th. With 18 matches to play, both the Reds and the Blues trail fifth-placed Tottenham Hotspur by five points for a spot in the Europa League.
Liverpool lost their last Premier League match 3-0 at The American Express Community Stadium against Brighton & Hove Albion. Chelsea earned a 1-0 victory over Crystal Palace at home in their last Premier League match to break a three-match winless streak.
When the two sides last met in Premier League action, they played out a 2-2 draw at Stamford Bridge in 2021/2022. Sadio Mané and Mohamed Salah were on the scoresheet for the Reds. Mateo Kovacic and Christian Pulisic were on the scoresheet for the Blues.
Chelsea have got the better of Liverpool of late, unbeaten in their last three Premier League matches (W1 D2 L0). Liverpool are looking for their first league win in fixtures between the two teams since September 2020. The Blues have outscored the Reds 4-3 during their unbeaten streak.
Post Views: 222