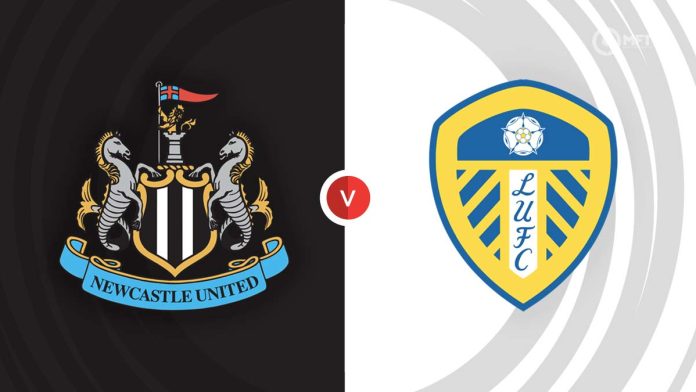 Newcastle United, unbeaten in 11 straight Premier League games, will put their run on the line at St. James’ Park against Leeds United on Saturday.
Hosts Newcastle United sit in third place on 33 points, seven points behind first-placed Arsenal after 16 matches. Newcastle won their last Premier League match 3-0 at King Power Stadium against Leicester City, extending their unbeaten streak to 11 (W8 D3 L0).
Leeds United’s last league match saw them beaten 3-1 by Manchester City at Elland Road, putting them in 15th place on 15 points.
When the two sides last met in Premier League action, Newcastle won 1-0 at Elland Road last season. Jonjo Shelvey scored for the Magpies in the 75th minute.
In 2022/2023, Newcastle have been led by Miguel Almirón. The striker leads the club with nine goals, which is tied for the fifth highest in the league’s scoring charts.
Leeds United’s main attacking threat has been Rodrigo, who has also netted on nine occasions, including four match-opening goals. The striker is tied for fifth for goals scored in the league in 2022/2023.
In eight Premier League matches at St. James’ Park this season, Newcastle are unbeaten with five wins and three draws. The magpies will be out to prolong a nine-match home unbeaten streak (W6 D3 L0) dating to May 16 against Arsenal. Leeds will seek to address a poor run of results away from Elland Road this season with one draw, five losses, and just one win in league away contests.
Newcastle are unbeaten in 11 straight league matches this season. Leeds, meanwhile, have won two and lost four in their last six.
Post Views: 64

How To Pay DSTV Subscription on mobile phone With KongaPay App